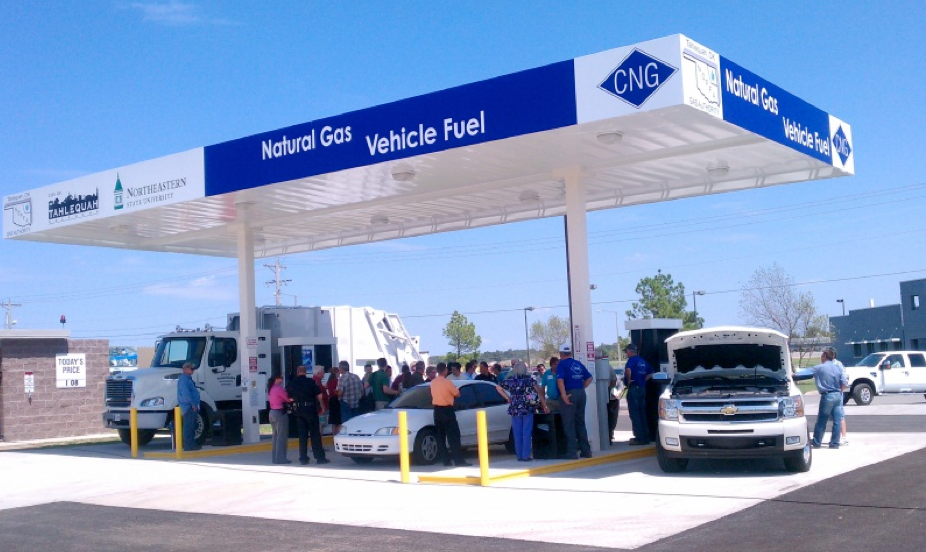 For the Northeast Oklahoma Public Facilities Authority, SAE has completed the development of plans and specifications for the construction of a new public CNG fueling facility located in the Tahlequah Industrial Park at Spur 51 and Airport Parkway. This station opened to the public in August 2011 and has two 100hp drive 3 stage Ariel compressors that produce over 300gge per hour.  Also as part of this ARRA project, SAE prepared plans for installation of a slow fill CNG station at the NOPFA Tahlequah service center.  This station has an IR simplex unit that supplies overnight fueling for up to 8 NOPFA fleet vehicles.  In addition, plans were developed for fabrication and completion of a mobile cascade trailer which can provide approx. 120gge of CNG to vehicles at remote locations.